The Case For Christ - Examining The Record - Rebuttal (part 5)


Apologies for the infrequent posts recently.

Business has picked up (you know, the one that helps me feed my family), and being in a family where 3 of the 4 members of the family have diagnosed mental health issues, and the other 1 doesn’t want to get professional help for theirs, makes life challenging.
Put it simply, Lee Strobel has been the least of my concerns.

Today I want to write about another issue which I think damages Lee Strobel’s case to convince atheists of the validity of the gospels, and by extenstion, Christ.

On page 35 of The Case For Christ, Blomberg cites the words of proto-orthodox church authority Papias of Hierapolis who wrote the following circa 125CE regarding the Gospel of Mark :

“Wherefore Mark made no mistake in thus writing some things as he remembered them. For of one thing he took especial care, not to omit anything he had heard, and not to put anything fictitious into the statements”

Read plainly, Papias is stating that Mark did not omit anything, and did not put anything fictitious or made up in to his gospel - Mark's gospel is gospel truth (pardon the pun).

But for this statement to be taken literally (as Fundamentalists would have you believe), then there are three challenges that need to be overcome for Papias to be correct:

1) If Mark wrote anything that is demonstrably wrong, then Papias is wrong.

3) The time gap between the initial writing of Mark’s gospel and the Papias’ writing confirming Mark’s accuracy brings Papias’ own accuracy in to doubt, particularly without external evidence.

The only defence left if any of these challenges stands up is in the inference from the statement 'Mark made no mistake in thus writing some things as he remembered them' - any mistake Mark makes could simply come down to Mark not remembering some things correctly. But if Mark remembered some things incorrectly, then biblical inerrancy goes out the window.

Can Papias survive these challenges?

One problem I have with Christian apologists, and Christian apologetics in general, is that for them to be correct, they have to (and definitely do) stretch definitions and rational credulity to make their spin on things seem plausible.

Hence why it is hypocritical when Young Earth Creationists mock the theory of evolution by saying:


So you believe that everything we see just made itself and your ancestor was a rock?

When it is Young Earth Creationists who believe that everything we see was created by an invisible sky daddy who used magical words to poof everything in to existence, including the vast universe and everything we see in it being created in less than 144 hours, then used a golem spell to create the first human from dirt, used another to create the second human from a rib forcibly taken from the first human, had the man name every single animal (at least 8.7 million species), then got angry when the mud-man and the rib-woman were deceived by a talking snake into eating magic fruit that was somehow able to give humans knowledge of good and evil, when every fruit we eat nowadays only gives us fibre and nutrients.

But no, that's not ridiculous at all, is it?

So, when it comes to defending the gospel, for the Christian apologist to be correct, they have to not only stretch morality, they also have to stretch and twist logic and history, and stretch and twist them in such ways that has one of two unintended consequences:

So we then need a proper method for determining what actually happened in history. And whatever method professional historians use to determine history, that method is not accepting history when and only when it lines up with the Bible.

But let's go through the challenges to Papias' claims:

1) If Mark wrote anything that is demonstrably wrong, then Papias is wrong.

This is fairly elementary - Papias states that Mark got Jesus' life absolutely correct. So if Mark got something wrong, Papias' argument falls apart.

Did Mark get anything wrong? Sorry to say, yes! Michael Sherlock, on his blog, lists two very simple, but fatal errors for Mark:

Mark references the wrong prophet, and he got the name of a famous priest wrong.

So biblical inerrancy is already out the window, and Mark wrote falsehoods in his gospel, thus Papias is clearly wrong when he says Mark wrote nothing fictitious. If Mark is not writing fact, he is clearly writing fiction.

We need only look at the triumphal entry in to Jersualem to answer this question:


3) The validity of Papias' assertion with reference to the time gap between the gospel of Mark and his statement of Mark's inerrancy.

As far as I see it, there is no hard evidence to support Papias' assertion that Mark is inerrant, except for unwavering belief. Yes, he lived at lot closer to the time of the original events than you or I, but if you accept Papias on account of his unwavering belief, you then have to (as a comparison) accept the unwavering belief of any JFK conspiracy theorists who were alive at the time of JFK's assassination. Given that that event happened 54 years ago (at time of writing), there should still be people alive today who can vouch that there was a deep and far-reaching conspiracy to have JFK killed.

But to me, Papias' statement falls down with respect to the time frame between him and Mark. Again, you have to accept one of two uncomfortable conclusions:

1) For Papias' assertion to carry weight without evidence, he needs to be writing within a 50 year window (which I am being generous with) from Mark's gospel.
We know that Papias wrote his statement about Mark in 125CE, so for Papias to have any weight, the earliest Mark could write that we could even begin to accept Papias is 75CE, with a window of 75CE to 125CE.

For Papias to carry weight, Mark needs to be written between 75CE and 125CE.

But leads to problem number 2.

2) The later Mark writes, the more weight Papias' statement has because Papias is writing closer to the time of Mark, thus giving Papias credence in his writing. But then that takes Mark further away from Jesus - the further away Mark gets, his accuracy and reliability with regards to Jesus diminishes, especially without any solid evidence or clear historical method.
at December 15, 2018
Email ThisBlogThis!Share to TwitterShare to FacebookShare to Pinterest
Labels: The Case For Christ 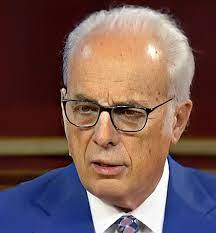